It was co-produced in 2011 with France Télévisions (France 3).

The Director of Photography is Guillaume Le Mezo.

The soundtrack is composed of St. George’s works, often overlooked, recorded by Ortheal in Studio Davout from original scores dispersed in Europe, and on original instruments . It’s available on CD : Choice of music for Queen Marie-Antoinette (Ortheal 011).

There are friendly allusions to this film in Tarentino’s Django Unchained (2013): young violinist playing a piece that evokes the one played by the young St. George, blue coat similar to St. George’s chosen by Django, equestrian pirouette performed by Django at the end of the film and, of course, General Dumas. 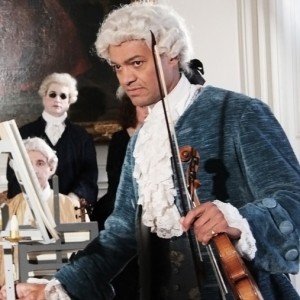 He fought for the French Revolution and the abolition of slavery.

Composer and virtuoso violinist, he left us valuable pieces, which have been rediscovered two hundred years since he died. 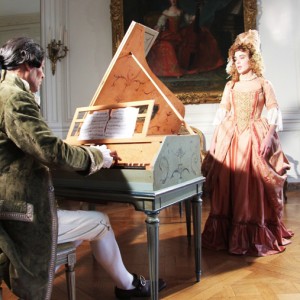